Home / climate change / The Impacts of Climate Change in Nigeria

The Impacts of Climate Change in Nigeria

Overview of Impact of Climate Change in Nigeria

Climate change can be defined as a situation in which a change in climate continues in one direction for an extended period (lasting for several years). At present, the world is experiencing a steady and general increase in temperature, a phenomenon called global warming. 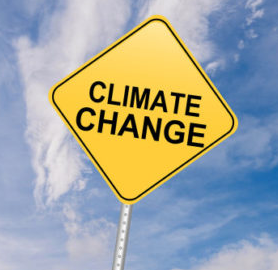 Climate change involves the gradual rise in global mean surface temperature, as well as changes in the frequency and magnitude of adverse weather events.

In Nigeria, climate change is manifesting in various ways among which include:

It has been observed that earth is warming at an unprecedented rate. Globally, increases in maximum temperature, and numbers of hot days have been recorded.

Human activities such the burning of “fossil fuels” like coal, oil and gas; as well as deforestation and de-vegetation remains important factors responsible for climate change.

The burning of these fuels releases carbon dioxide and other green house gases into the atmosphere. This ultimately brings about global warming.

Some of the main direct effects of climate change witnessed in Nigeria include increase frequency of droughts and floods, and more seasonal peaks in river flow.

Nigeria and other countries in Sub-Saharan Africa are likely to suffer the most because of their greater reliance on climate-sensitive natural resource sectors like agriculture.

The impacts of climate change on agriculture are already manifesting through changes in the frequency and intensity of droughts, water shortages, desertification, in the north; and flooding, in the south. These changes worsen both soil conditions and disease and pest outbreaks on crops and livestock.

Some of the environmental impacts of climate change include

The chain of events that a warming climate has set in motion has made national security challenging for the Nigerian government.

The death of more thousands of people in Middle belt ecological zone and displacement largely due to drought and desertification of millions more are some of the impacts of climate change on resource conflict.

Furthermore, climate change and rising sea levels pose a major threat to security in Nigeria’s coastal areas. Floods have often led to displacements of whole communities which would predispose the displaced people to violent clashes with their host communities. This way, climate change has led to an increase in refugees from vulnerable lowlands due to rising sea levels.

The employment implications of climate change are enormous.

Many fishing communities along Nigeria’s coast who are rely wholly on fishing are now jobless due to the decline in the fishing industry.

Climate change is affecting livelihoods along Nigeria’s coastal region. It is threatening farmers, fishermen, hunters, and cattle-rearers in the northern region of the country.

Due to climate change impacts, these people will lose their sources of livelihoods. This will further predispose them to hunger, social vices such as conflicts and militancy, and resource over-exploitation.

Climate change is deepening poverty both directly and indirectly in Nigeria. The direct impacts include; the loss of livelihoods, assets, infrastructure, etc from climate extreme events.

For example, floods in the south has brought about loss of properties, assets, whereas desertification in the north has led to loss of fertile and arable crop land and grazing land for cattle.

Some of the indirect effects of climate change on poverty include: reductions in crop yield in various regions of the country due to decreased water availability.

The resultant reduction in crop yields and in general agricultural productivity would have a major impact on food security, employment, incomes and economic growth. This would lead to localized food price rises.

Moreover, there would be huge displacement of people from coastal and densely populated low-lying areas like Lagos and the Niger Delta. Flood would result in salinization of these fertile areas.

Poverty has a close link to health. This is because poor people are unable to access health care.

The aspects of health that will be exacerbated by climate change include; increased cases of water-borne diseases such as dysentery and cholera due to urban flooding, and improper disposal of wastes; increased cases of cataracts in the northern parts of Nigeria owing to low cloud cover and greater intensity of sun; increased incidence of malaria and typhoid owing to increased rainfall and temperature in certain parts of the country.