Globally, regions endowed with scarce natural resources (e.g. arable land and water) suffer from violence and ethnic clashes. In this post, we discuss connection between climate change and violent conflicts between wandering herdsmen and host farming communities. In other words, this article considers the possible link between environmental factor and human behavior. 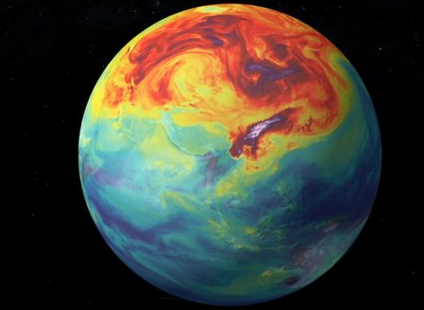 Many years ago, researchers had established a strong relationship between the supply of environmental resources and the incidence of violent conflict. Indeed, it has been widely accepted that scarcity of resources triggers conflict.

Though, it has been observed that in some instances, resource scarcity might actually foster cooperation over resources rather than trigger conflict.

It is important to note that climate change is not just an environmental issue; but, has dire consequences for human security. This is even more glaring when one considers the fact that Nigeria is a country with climate-dependent economic sectors at risk of violent conflict.

Some of the impacts of climate change being experienced in Nigeria include increasing scarcity water resources occasioned by rising temperatures and declining rainfall. The resultant water scarcity predisposes the people to violent conflict, and declining agricultural yields in the northern region of the country where more than seventy percent of the nation’s food is produced.

Indeed, Nigeria’s North, which is experiencing the drying up of lakes and rivers, fast-declining water supplies, and serious food shortages, is facing a typical situation with conflict induced by climate change-induced resource scarcity.

The decline in rainfall as well as unpredictability in rainfall patterns and frequent droughts make threatens the survival of herdsmen in the semi-arid zone. Available records show that cyclical droughts are increasing in frequency, and in duration.

Variations in rainfall patterns determine pastoral migration, inter-community relations (between migrating herdsmen and host farming communities), altered land tenure arrangements, and conflict to the detrimental use of the rangelands.

Conflicts between wandering pastorals and host farming communities in Nigeria’s semi-arid region and middle belt zone occur over access to pasture and water. The fighting between pastoralists and farmers in Nassarawa, Benue, Kogi, Taraba, Kaduna, among others all point to the links between the impacts of climate change and the threats of violent conflicts.

However, the situation becomes even more complex when considering the fact that the risks of increased conflict trends in Nigeria (and Africa in general) include poor governance, widespread corruption, heavy dependence on natural resources and ongoing cycles of violent conflict.

In other words, natural resources usually seem like the obvious cause, but conflict may result from the absence of good institutions. This brings to fore the important role of institutions in shaping human–environment interaction, and in preventing competition over resources turning into a violent conflict.

Yet, climate change (in combination with economic, social and political uncertainties) might increase the risks of conflict and instability, especially under conditions of bad governance.

In the next section of the post, we examine the relationship between climate change, natural resources availability/scarcity and interactions between ethnic groups in Nigeria’s north.

Due to increasing drought and rapid desertification in Northern Nigeria, arable land, water, and pasture are becoming scarce resources. Furthermore, the land and water resources are crucial to the local population.

The Fulani people of Nigeria’s northern border are pastoralists who fully depend on the environmental resources for their survival. Low and unreliable, rainfall determines the availability of water, pasture, crop yields and livestock production including milk and meat.

Dry months typically cause stress, because all the resources that people depend on become scarcer. When the pressure on resources increases, it seems more likely that people will fight over access to these resources.

Northern Nigeria is therefore a classic case of climatic change and social responses. The conflict in between herdsmen and farming communities in Nigeria’s middle belt is a good example of climate change related resource clash.

The contested resource is the dry-season grazing area and water source in the middle belt ecological zone. Water resources and dry-season grazing in pastoral areas are the natural capitals triggering conflict when issues of access, usage rights and ownership are at stake.

The middle belt land and water resources can be seen as scarce resources, for which herdsmen and host farmers compete. Available figures show that Nigerian population has increased rapidly in the last five years, and shows no sign of stabilizing soon. In the northern region, population growth has been even more rapid.

Furthermore, due to climate change related environmental changes, the pressure on land in the middle belt region of Nigeria has increased further with root and tuber farming taking large tracts of land away from use by wandering herdsmen.

Due to climate change impacts, the middle belt is experiencing declining rainfall, higher temperatures and subsequent adverse changes to vegetation.

The middle belt serves as a fall-back area for the herdsmen and is therefore increasingly important for the survival of the pastoral production system. During dry season, herdsmen migrate southwards to the middle belt zone, and the potential for conflict over land access rises.

Thus, the violent conflict between herdsmen and farmers is related to various factors including, population growth, climate change and relative resource scarcity.

This section argues that climate change-induced migration of cattle rearers can trigger conflict in the middle belt region which receives the migrants.

The process leading from migration to conflict works through the following channels:

The pressure is enormous considering the fact that the vegetation of the middle belt is rapidly becoming less fertile due to less rain and higher temperature. Hence, the host farmers are beginning to cultivate lands that were hitherto reserved for grazing.

This is because arable land is becoming scarce in the region occasioned by climate change. The excess demand for land and water resources may also tension which increases the risk of conflict.

Often, the farming communities suspect that the herdsmen seeks to penetrate their communities, while the pastoralists often resent actual or perceived mistreatment by farmers.

The middle ecological zone in Nigeria lacks the ability to absorb migrants because the host communities rely on land and water resources for survival particularly as their resources become scarce. This increases the likelihood of conflict due to the arrival of migrating cattle rearers.

In this article, we examined the link between climate change and Fulani herdsmen-farmer conflict in Nigeria’s northern region. Though the immediate cause of the conflict is resource scarcity; the remote cause is climate change which has through desertification led to both land and water scarcity and therefore intensified the conflict between the two groups. We identified land and water resource scarcity as the immediate cause of Fulani herdsmen-farmer conflict while climate change remains the remote cause. This is so because drought and water shortages caused partly by desertification have sent pastoralists wandering outside their normal grazing routes. Concomitantly, reduced soil fertility and a host of other weather-related factors have compelled farmers to cultivate more land every year, leaving herdsmen fewer places to graze and water their herd. The ensuing competition has brought about the deaths of thousands of Nigerians. Considering the human and material loss occasioned by the conflict, it is necessary for government to put more machinery on ground in the north to encourage climate change adaptation and mitigation. Government and stakeholders have to combat desert encroachment in order to reduce herdsmen-farmer conflicts.